“We have no need of other worlds. We need mirrors. We don’t know what to do with other worlds.” – Stanisław Lem, Solaris

"A Machine to Live In" is a hybrid documentary linking the cosmic power structures of the state to the mystical architecture of cults and utopian cities in the distant hinterlands of Brazil. This “sci-fi” documentary provides a complex portrait of life, poetry, and myth set against the backdrop of the space-age city of Brasília and a flourishing landscape of UFO cults and transcendental spaces. In addition, it looks to Brazil’s highly controlled capital not as a triumph or failure of its utopian desires but as a generative domain for imagining alternative cosmologies. Architecture in this context is interpreted as semiotically porous and charged, and presents an inclusive possibility for new visions of the future.

A Machine to Live In – Exclusive Teaser

A MACHINE TO LIVE IN – Teaser from Mass Ornament Films on Visions du Réel.

Premiering at the Online Edition of Vision du Réel

We will be premiering at Visions du Réel. The Burning Lights International Competition is an international competition dedicated to new vocabularies and expressions, to research and to narrative and formal experimentation (medium-length and feature films). More info HERE

PASTE Reviews A MACHINE TO LIVE IN

Read this generous review of our film by Paste Magazine HERE.

We are so thrilled to announce that our North American premiere of “A Machine To Live In” will be held at the True/False Film Festival!! We are honoured and couldn’t be happier to premiere our film with an organization that is solely focused on compelling documentaries and the filmmakers that make them – like the revered Adam Curtis!!

Chicago-based filmmakers Yoni Goldstein and Meredith Zielke are on a journey into the factual and fictional space age past in their jam-packed, wildly adventurous hybrid documentary, A Machine to Live In, which they describe as “a video poem to the utopian imagination.”

Their feature shuffles multiple stories that geolocate around visions and achievements of Brasília, that hallucinatory landscape of a national capital carved from the jungles of Brazil. The film takes “a highly mediatized, cinematographic approach for observing the way people live in, talk about and navigate space,” codirector Zielke says. Shot in widescreen 4K RED RAW with an eye toward a 1960s and ‘70s sci-fi aesthetic, the footage mingles old and new cinematic technologies, including gimbals, drones, helicopters, hot air balloons, 3D LIDAR scanning and geospatial mapping. “The camera perspective will mechanically rotate, spin and float among the architecture as if it were itself an alien craft—or perhaps— the mind’s eye of the architect.”

Building a “cosmology of signs,” Zielke says, “fragments of literary and historical texts work their way into interviews, fictive tableaux featuring temporary architectural sculptures situate themselves in ‘real’ scenes, and historical encounters are enacted by participants in the film. Voiceovers are doubled to reveal multiple identities, and captions are manipulated to reveal multiple perspectives. These devices come together to flesh out five characters, or witnesses,” that serve as chapter markers.

Zielke says the film also reflects today’s megacities, partially from her perspective as a fourth-generation Detroit native and Goldstein hailing from Netanya, in north-central Israel, another modernist, midcentury city. “On some level, these monuments are nothing more than incarnations—of the dreams and nightmares of their makers,” she says. “We suggest that architectural artifacts may encapsulate something more interesting and more difficult to articulate without a mythopoetic language. This is about finding that language not just in the imagination but in the enactment of utopia. As artists, we feel a calling to unmoor, to unfix these monuments from the suspension of disbelief with which they tempt us. To believe them and not believe them when they claim to represent something as large and messy as the creation of a nation before our very eyes.”

The vision of the film itself remains in flux, as the filmmakers ask themselves in the editing room, “What does documentary owe? What are implicit contracts that the viewer makes with the maker? How do you develop trust with your audience in hybrid filmmaking? How does chance and happenstance factor into documentary filmmaking? What kinds of collaboration happen between you and the landscape? Between you and participants? What is a documentary?” Selected for the 2018 IFP Documentary Lab, A Machine to Live In will continue to pose those questions at this Fall’s IFP Week and on the film’s road to completion. — RP

We are happy to announce that we have been selected by Independent Filmmaker Project (IFP) to be fellows in their outstanding programs. “IFP fosters a vibrant and sustainable independent storytelling community, represents a growing network of 10,000 storytellers around the world, and plays a key role in developing 350 new feature and documentary works each year.” This is our upcoming schedule:

IFP Labs: Time Warner Foundation Completion Lab: May 22 – 26
The first module of the Filmmaker Labs gathers all Lab Fellows for an intensive five-day program focusing on the nuts-and- bolts of finishing your film. Led by a variety of industry experts, the workshops in the Completion Lab cover topics such as editing, color correction, sound design, deliverables, and more.
IFP Week: September 15 – 20
All Lab Fellows are invited to IFP Week, where projects take meetings with relevant distributors, sales agents, funders, and festival programmers as part of the Project Forum.
Marketing & Distribution Lab: Fall 2018
In the final module of the Filmmaker Labs, Fellows are asked to present their plans for the marketing and distribution of their films. Each presentation is led by an industry expert who provides specific feedback on each presentation. 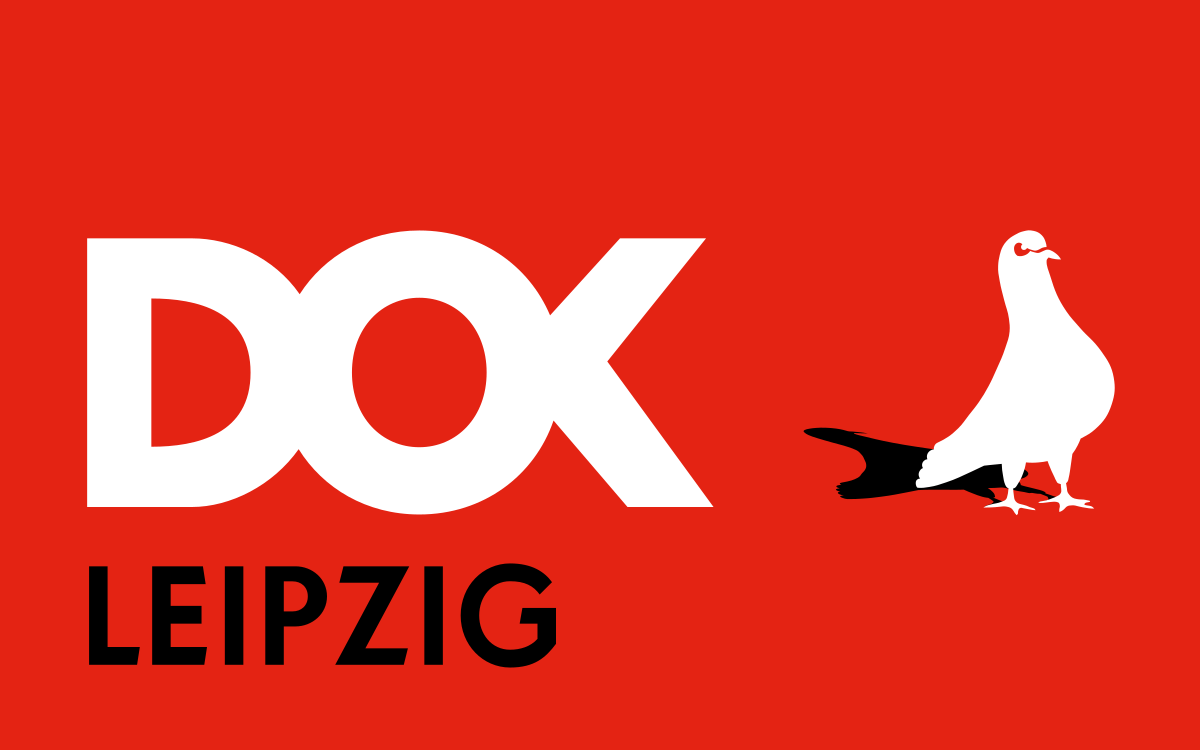 A few weeks ago, we were invited to present our film at this year’s programme of DOK Preview and it was truly humbling to be assisted by such a great group of talented and friendly organizers. DOK Leipzig is one of the oldest documentary festivals of the world and we couldn’t be happier to network over there. 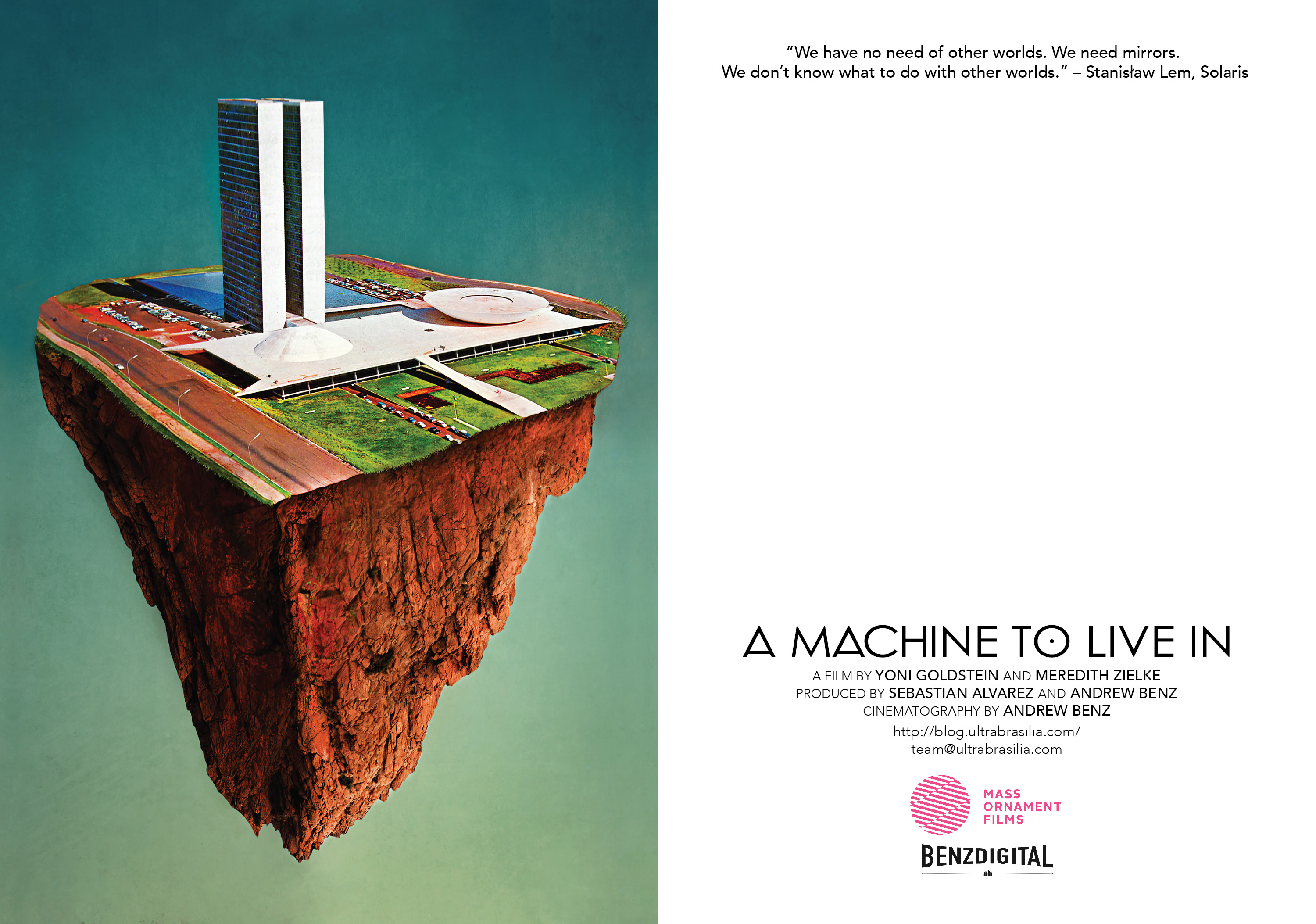 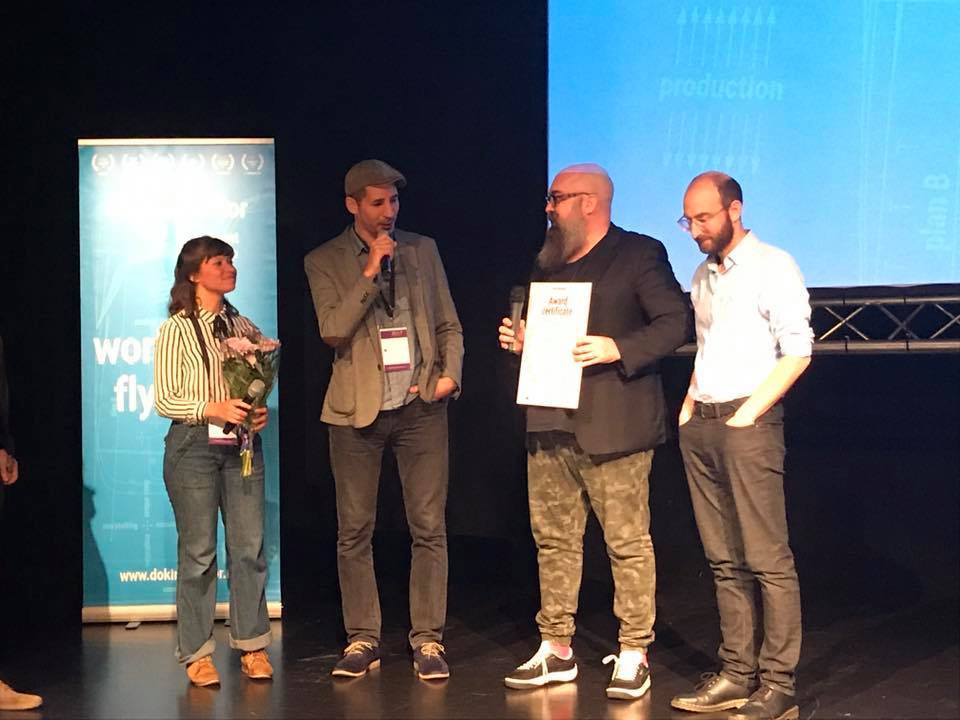 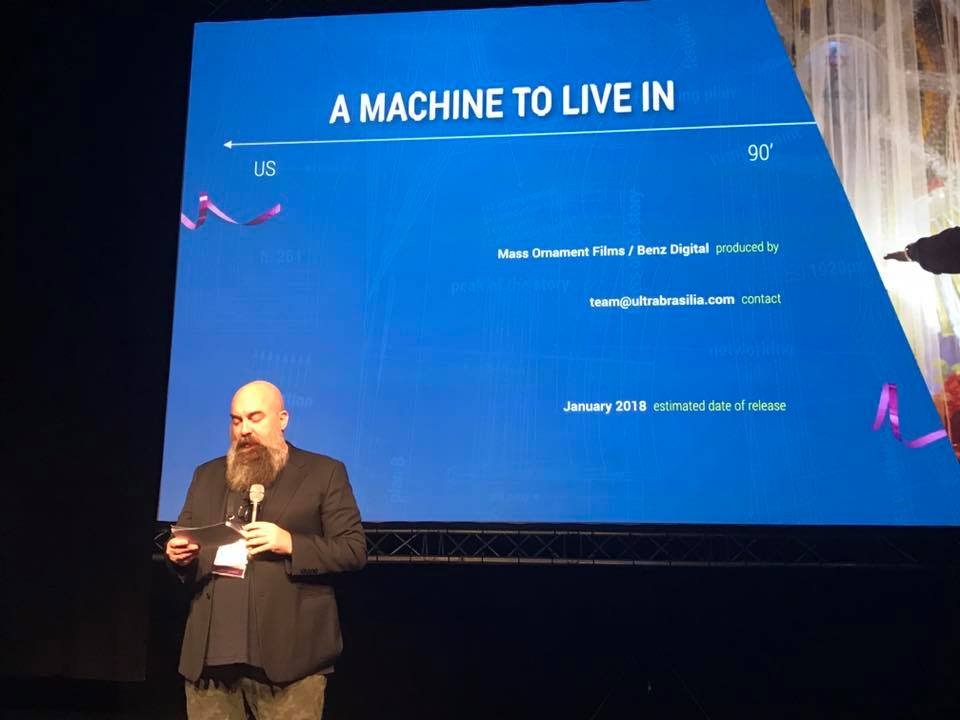 Andrew Benz pitching “A Machine To Live In” at Nordisk Panorama in Malmo, Sweden. 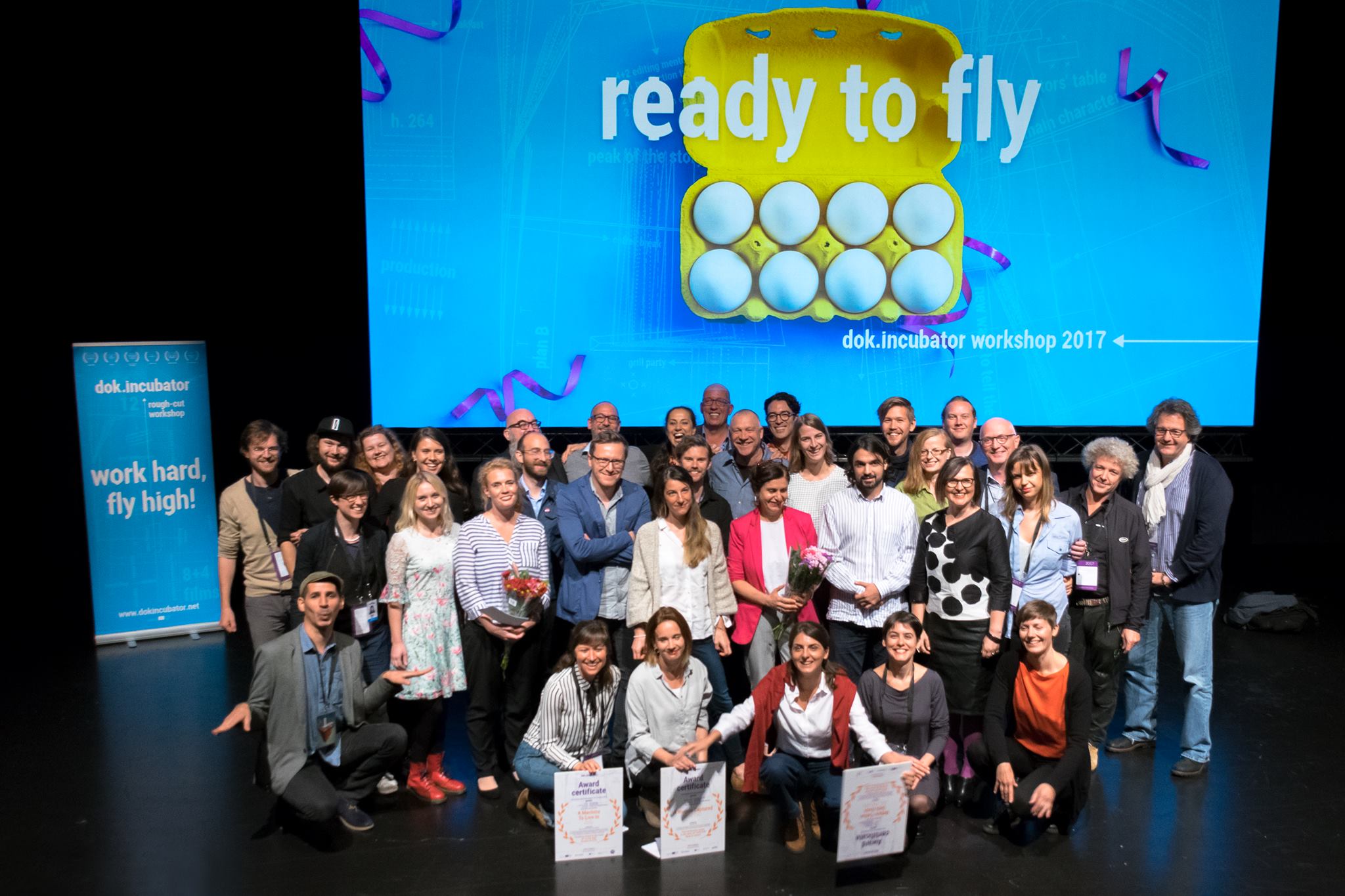 All the Dok Incubator participants oozing joy for having worked so hard together with such an amazing group of tutors and staff. 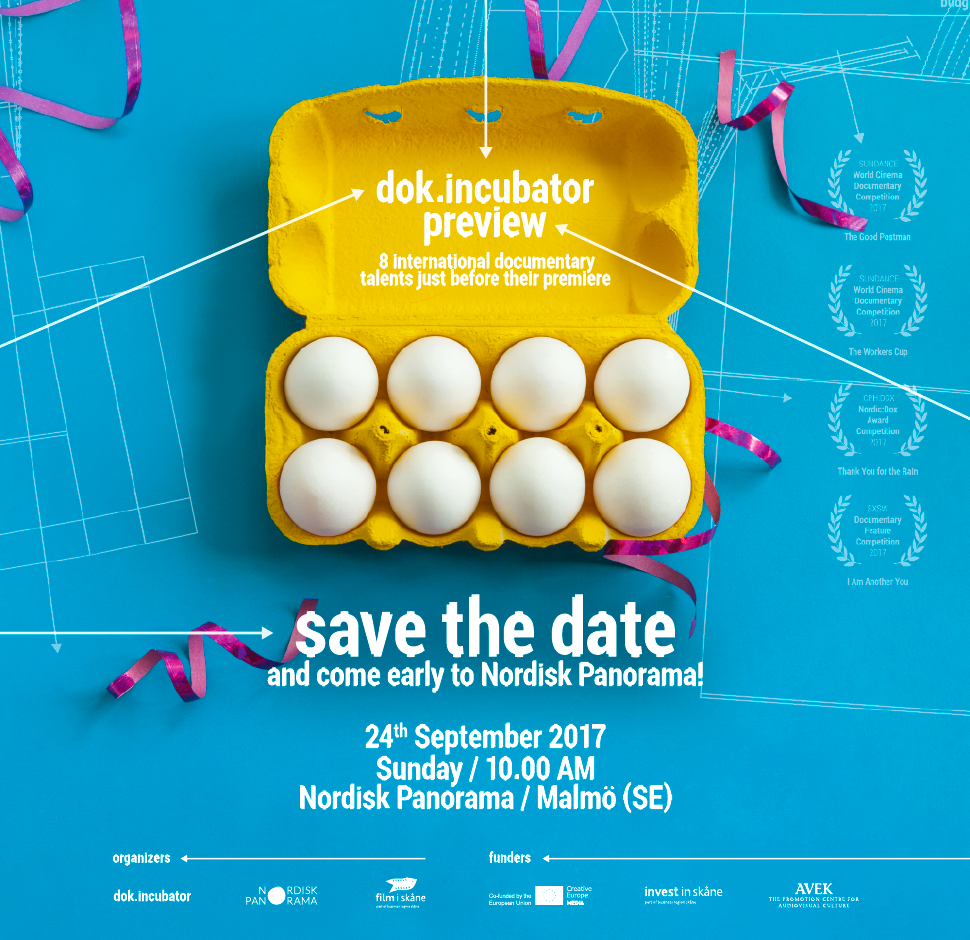 We were awarded one of the 2017 SFFILM Documentary Film Fund Grants! 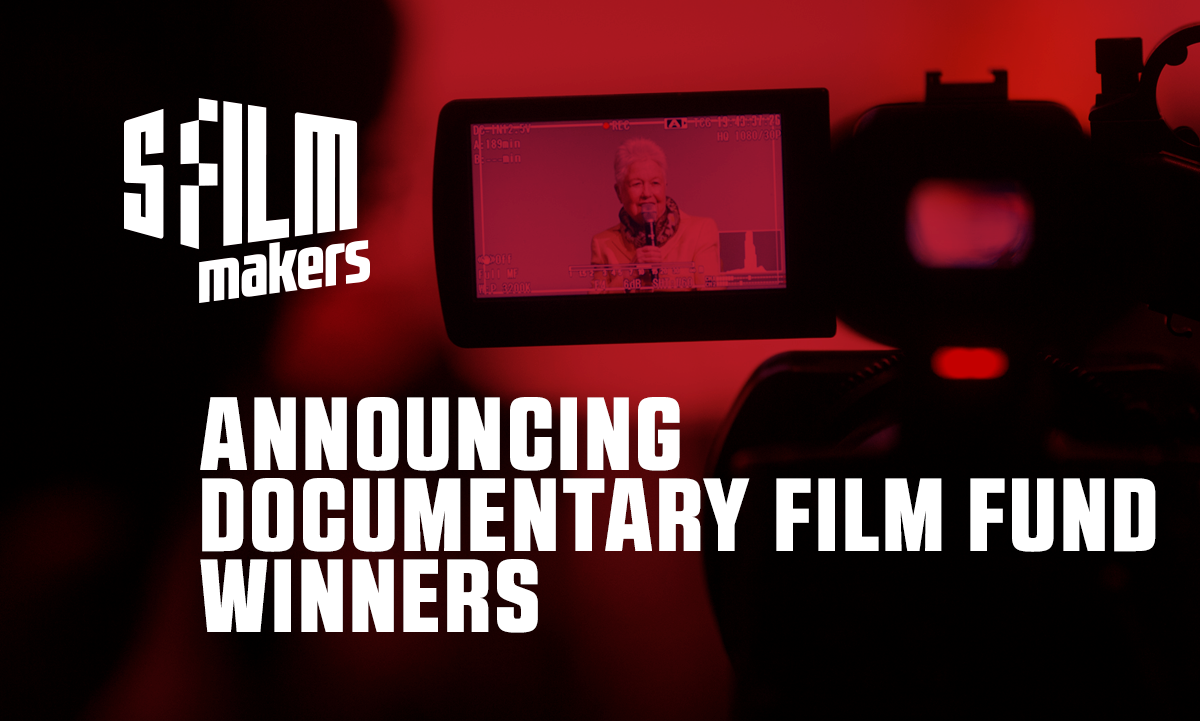 We are very thank you to have received this award by the SFFilm Documentary Film Fund. Click HERE for more info.